Dead Men Tell No Tales.or Do They?Pirates, plunder, and pleasure. That’s what passengers who sign up to “Voyage Aboard the Black Dagger” will experience as they set sail on a 4-day luxury pirate-themed cruise in the Atlantic. Those who book a spot aboard The Dagger will spend their time in full pirate regalia, enjoying the high seas as buccaneers of old did: imbibing on copious amounts of rum, feasting in the banquet hall, gambling, and lounging on the deck. As part of a new promotion, guests aboard the ship will also have the duration of the cruise to search for clues aboard The Black Dagger that will lead to Captain Armstead’s treasure. Whoever finds the treasure first wins $25,000. Given your recent case load with The Will Street Detective Agency, you are eager for a break and book passage aboard the ship, thinking it sounds like fun.and a way to possibly win a nice stack of cash. A group of history and English professors from Valley Falls University has the same idea and books spots on the cruise as a last hurrah before the fall term begins.

The voyage is everything the brochures describe and more. Everyone is having the time of their lives when the unthinkable happens and one of the professors, Dr.

Alexander Gorman, is found stabbed in the back in his cabin. Because the ship is hours from the nearest port and you have had some success with this type of case you offer to help with the investigation.

The captain readily agrees. There is a killer aboard The Black Dagger, and it is up to you to uncover the motive behind Dr. Gorman’s murder and bring the killer to justice. The Great Depression is in full swing. The suicide rate is up. Hope is in short supply. Life is hard.Some simply deal with the struggle.

Others seek a way out. If the stories are to be believed, Jackson Montgomery suffered a psychotic break and buried his wife and three girls alive at various places on the farm in order to escape the responsibilities of being a husband and father in such a difficult time. He was never seen or heard from again. The newspapers dubbed him “The Gravedigger,” and before long the stories were enough to transform him into an urban legend who might return at any point to punish anyone foolish enough to trespass on his land.Fast forward to modern day.When Museum Nocturnus, a cabinet of curiosities dedicated to all things odd and bizarre, decide to open a Gravedigger exhibit they enlist the help of the S.T.A.L.K. Ghost hunting group and plan an excursion to the Montgomery farm to find out what really happened all those years ago. The museum group unexpectedly disappears while exploring the farm, and the S.T.A.L.K.

Group is left to piece together what happened. One of the only bits of evidence they have is a note nailed to the front door of the Montgomery house impossibly signed by The Gravedigger. It’s not possible that Jackson Montgomery has returned from the beyond to murder more innocents. But, if not him, then who? Is this someone’s idea of a joke? Or is it possible that someone else has taken up The Gravedigger’s mantle?Join the S.T.A.L.K. Group and find out what really happened at a place that the locals call The Body Farm.

The Black Rock Butcher was a serial killer who terrorized the saloon girls of Black Rock in the days when it was a burgeoning gold rush town. Because criminal investigation techniques hadn’t yet been developed, the killer was never apprehended. New evidence has recently come to light indicating that The Butcher was actually the great-great-grandfather of the founder of The Will Street Detective Agency. In other words, your boss might be related to a notorious murderer. Unlike most cases, this one is now personal, and you have been tasked to clear the family name. Although the leads in this cold case all date back to the 1800’s, you must follow each one and use all your skills as a detective to determine the true identity of The Black Rock Butcher.

The Will Street Detective Agency has received a tip about The Seaside Strangler murders that has led you, a consulting detective, to nearby Gold Hook Island to investigate. The tiny island of Gold Hook is home to a mere 32 families and can only be reached by ferry. With a few eating establishments, stretches of uninhabited beachfront, and The Kingfisher hotel, Gold Hook is a quaint tourist getaway in temperate months and is mostly cut off from the mainland in the winter. After the National Weather Service announces that a nor’easter is headed their way, the residents of Gold Hook begin to evacuate the island using the small ferry that makes the two mile journey back and forth to the mainland. On its way back to pick up the last batch of residents, the ferry experiences a mechanical failure that renders it inoperable, leaving you and a few other people behind on the island to fend for themselves during the storm. Not long after the storm begins to hammer the coastline of Gold Hook, one of those left behind is found strangled with a length of strangely knotted rope, leading you to conclude that The Seaside Strangler is one of those who didn’t make it back to the mainland. The police and Coast Guard are unavailable for the next twenty-four hours due to the extreme weather so help will not be coming any time soon.

THe Amazing Mystery Box - Monthly subscription boxes available in many licensed flavours such as Star Wars, Doctor Who, Adventure Time and others including our original variety boxes for all age groups, all of which offer tremendous value. 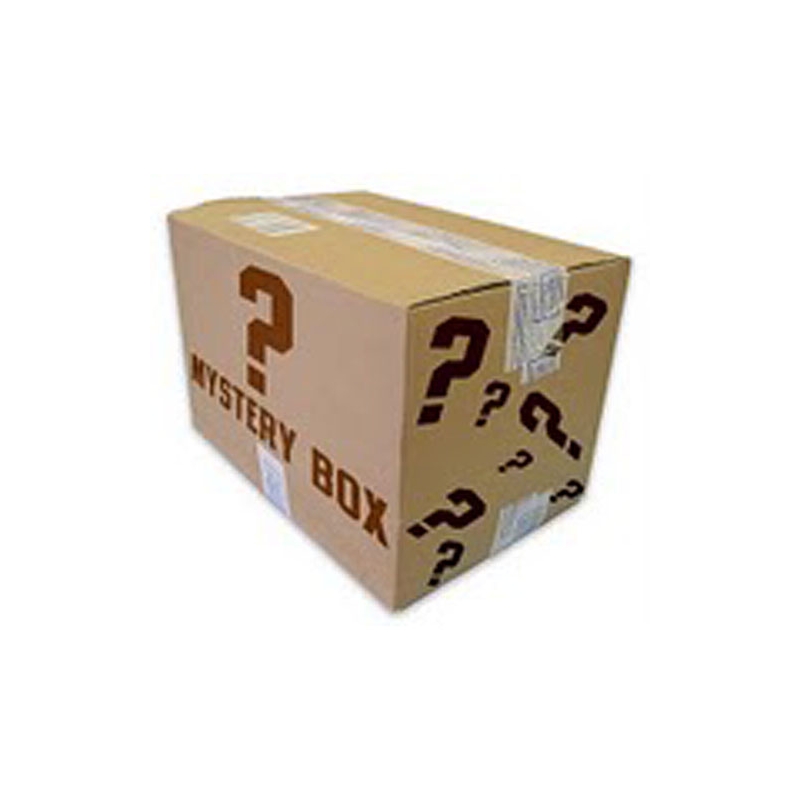 Leaving the island is not an option. Your only choice.determine who The Seaside Strangler is and close a case that the police have been unable to close. Late last year a series of grisly murders in the town of Valley Falls captivated the world.

A handful of victims were abducted at various points throughout the month, killed in gruesome ways, decorated to resemble popular children’s toys, and gift-wrapped for the police to find. Among those “toys” that were created and left for the authorities: a life-sized Jack in the Box that caused a spring-loaded victim to pop out of the top when the handle was cranked, a Nutcracker doll decorated with greasepaint and blood, a robot that was created from both human and mechanical parts, and a marionette whose movements could be controlled via a series of cables that were attached the victim’s limbs. The gift cards attached to each one were all signed by someone calling themselves “The Toymaker.” Police were closing in on the culprit when The Toymaker stopped killing, causing the trail to grow cold. They have continued to pursue leads throughout the year, but they haven’t had any real breakthroughs in a while. Earlier this week, a new “gift” arrived from the killer, and it is reasonable to assume that the murders will start anew. If the pattern holds, there is only a very finite amount of time to investigate before The Toymaker goes underground again.

No doubt The Toymaker has more “toys” in mind to create so lives are at risk. The Shadow Brothers’ Carnival of Chaos had only been setup in Valley Falls for a little more than a day when Madame Ruby was found murdered in her fortune teller’s wagon, bludgeoned to death with her own crystal ball. Free download bharat ek khoj ringtone. Although the killer was efficient in their killing, they left Madame Ruby before they were certain she was dead. In a last ditch effort to provide information about the one who murdered her, Madame Ruby managed to scrawl this note before passing over into the Great Beyond: “The spirits will tell you who did this to me.” The prime suspects for the murder come from the freak show.

Those are the people you need to focus on. However, if they won’t talk, maybe the spirits will. There have been reports of some strange occurrences going on at night after the midway shuts down. The carnies are claiming that something is using the midway games to leave cryptic messages. So you have a murder investigation, a creepy carnival, and a midway that may or may not be haunted by ghosts who are seeking to shed some light on Madame Ruby’s murder by leaving messages amongst the test-your-luck games. 20 years ago five camp counselors were brutally murdered at Camp Grand Echo.

Now, those who survived have been summoned back to the camp by an eccentric millionaire and offered a large sum of money to spend one more night there for an upcoming reality show. No one seriously thinks the killing will start up again.until the headless body of the millionaire is found. The murderer, it seems, has returned. Old secrets will be unearthed. Bodies will fall. And The Reaper, once more, will reap. What truths will be uncovered in.The Cabin?